Kingfishers, due to excellent bright colors that it wears on its body, are always a point of attraction for all bird lovers. Because of its name, these are always considered to be found near water-bodies and eat fish. But on the contrary, there are many kingfishers that live away from water and has versatile diet that includes everything from frogs, lizards, insects, spiders, small birds to rodents.

These birds can be easily identified by their characteristic large heads, long & strong-pointed bills and short legs. Kingfishers are widely distributed in India and White-throated Kingfisher and Common Kingfisher, are the most commonest of Kingfishers found in India. At high-level, Kingfishers are classified in following 3 sub-families:

There are around 12 different species of Kingfishers that are found in India and below 7 are found in the state of Maharashtra: 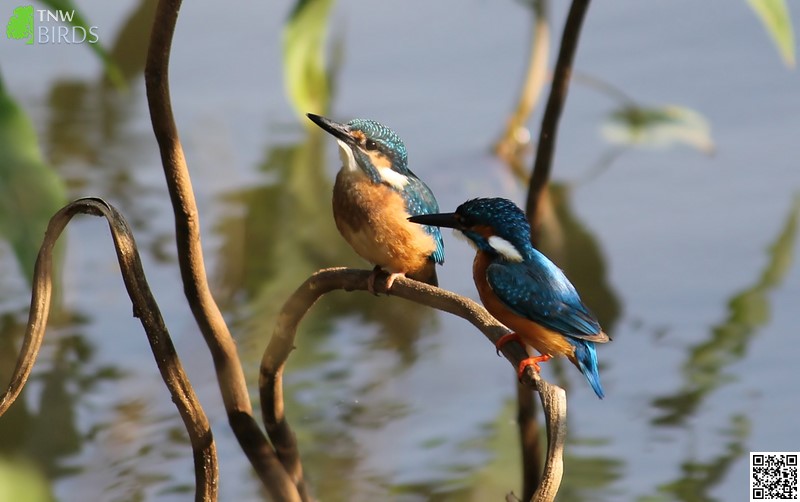 The Common Kingfisher (also known as Small Blue Kingfisher) is a small bird, commonly seen around water-bodies. This kingfisher exclusively feeds on fish. It can often be seen flying very fast usually low over the water surface. Common kingfisher is found throughout Maharashtra and in India. 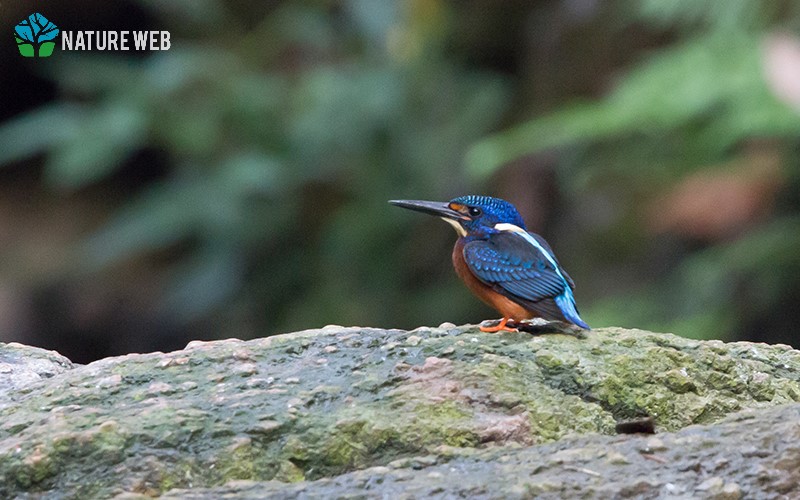 The Blue-eared Kingfisher can be easily mistaken for Common Kingfisher, found along small streams in dense forests. The blue ear coverts are used to distinguish it from Common Kingfisher. This kingfisher is found predominantly in Konkan belt - the coastal region of Maharashtra. 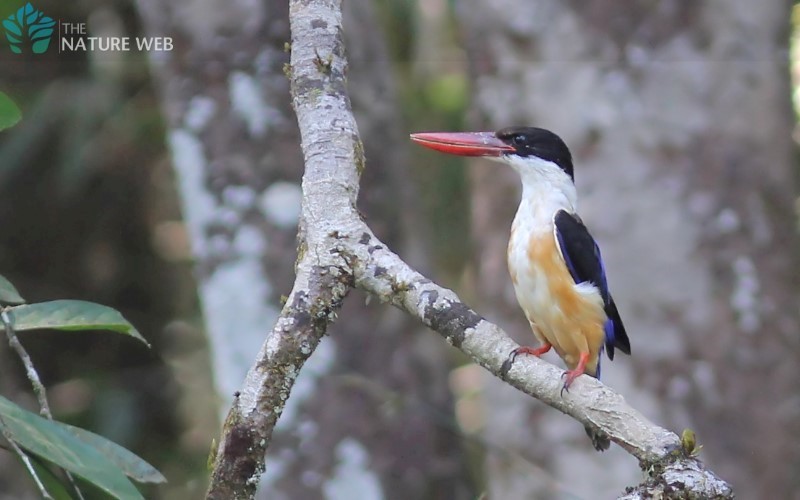 The Black-capped Kingfisher is mainly found in mangroves and coastal habitat of Konkan but sometimes can be found far inland around river banks. Their call resembles to that of White-throated Kingfisher. The diet inlcudes frogs, fish, crabs and sometimes young birds. 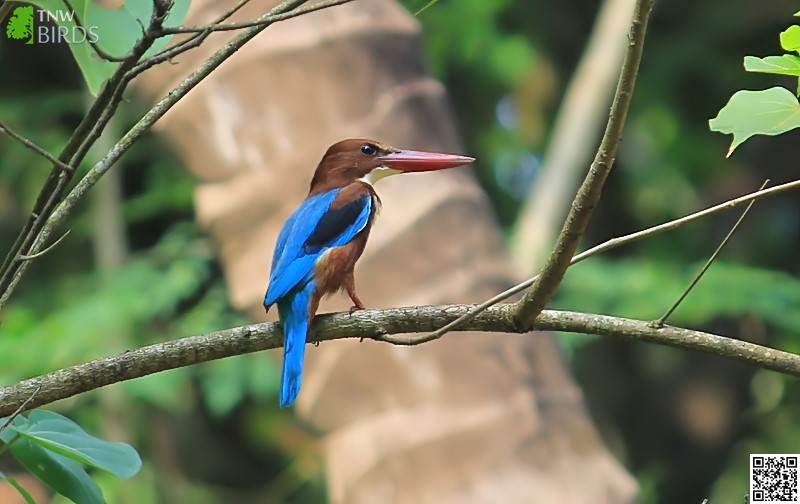 The White-throated Kingfisher (also known as White-breasted Kingfisher), is the state bird of West Bengal. It is one of the commonest kingfishers (like Common Kingfisher) in Maharashtra & entire India. Of all kingfishers, this kingfisher is least dependent on water. These are often sighted in urban areas, perching on wires. This is well known to all birders as well as laymen too. These are fearless predators and can take literally take anything in its grasp, including, rodents, small snakes and young birds. 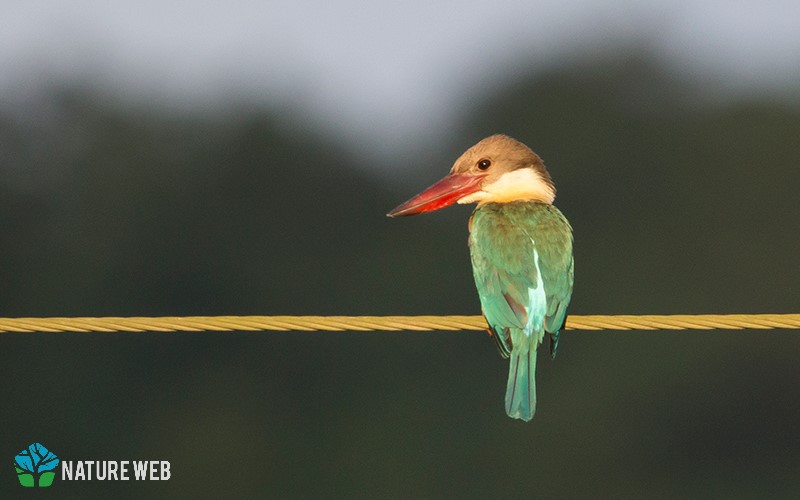 The Stork-billed Kingfisher is the largest of all the kingfishers found in Maharashtra. These usually hunt near freshwater as well as along the coasts & mangroves. Their diet primarily include fish but it can take frogs, crabs, rodents and young birds as well. These are fearless and can chase away even larger birds like storks and eagles from their territory. 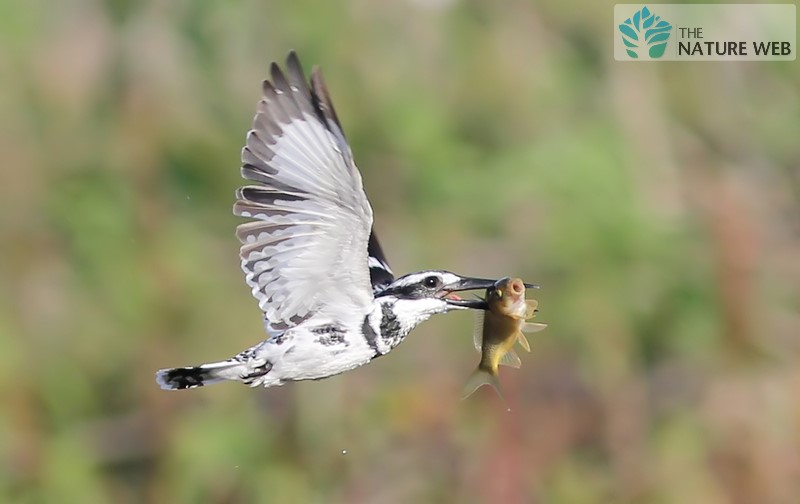 Of all kingfishers found in Maharashtra, the Pied Kingfisher is the only kingfisher with black & white plumage. The bird is renowned for its dives and is extremely agile. The kingfisher hovers mid-air, locking its target and performs a vertical, swift, rapid dive to catch its prey. For every bird lover, it's a treat and a life-time memory to watch this bird with its fishing skills. It is found around still fresh waters, slow-moving rivers and streams also tidal creeks. Along with Common Kingfisher and White-throated Kingfisher, this is another widespread resident in Maharashtra & in India. 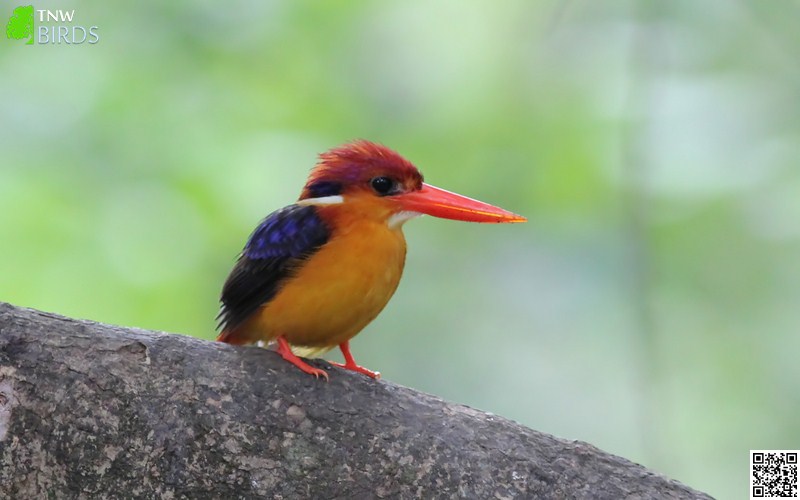 The Oriental Dwarf Kingfisher (also known as Three-toed Kingfisher), is the most beautiful kingfisher found in Maharashtra and entire India. It is the smallest kingfisher, slightly smaller than a House Sparrow. It is endemic to Konkan OR western region of India and can be found from the western coastal region up to western ghats. Even though it is a small bird, it can be easily identified as it wears all the vibrant colors from the color palette. The preferred habitat is small streams in densely shaded forests. The diet mainly includes, insects, crickets, spiders, frogs, crabs small lizards, skinks, etc.
SHARE SHARE SHARE