Hi! this is actually my first blog, hope you like it! Last weekend me and my father went to Bhigwan to see a rare goose called the Tundra Bean goose. Me and my father have been to Bhigwan a lot of times so we weren't that much interested in seeing the flamingos. We were already late because we wanted to go in December but every time we even said Bhigwan someone would fall sick. Anyways we had packed our bags the night before so we got up at around 4:30 am and left by 5:00. Bhigwan is 101km away from Pune so it took us less than 2 hours to reach there. After we reached there we were immediately greeted by two black-headed ibises. Unfortunately, I don't have a photo of that as I was not ready with my camera. After that without any breaks we met our guide, Abhishek dada.

On the way to the boat we saw a Little Ringed Plover which was a lifer for me. And then we saw some usual birds like painted storks, grey herons, egrets, sandpipers etc. 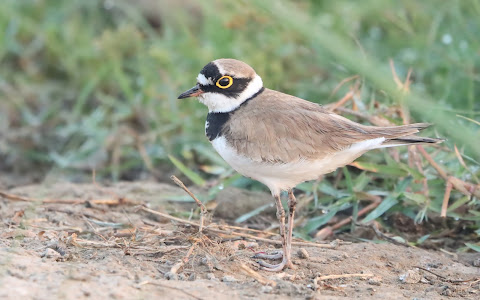 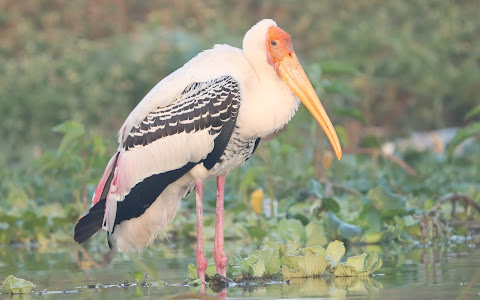 As we started sailing through the calm backwaters of Ujani Dam, we saw many shoveler ducks (males & females), but I didn't take a photo of it because I had seen those before and I was little lazy to click their photos again.

I was surprised to see that the gulls were not that afraid of us so they came really close. There was one gull that flew really close to our boat, and me and that gull had like a starring contest for a solid 3 seconds. A funny thing that at first I thought that both the gulls were same but my father told me that it wasn't. 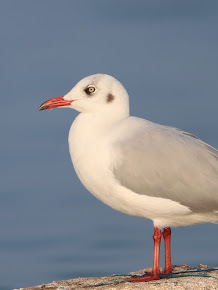 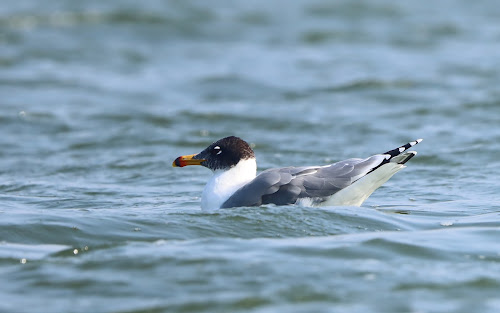 I wasn't really liking the sound of the motor of the boat because it was irritating me but anyways next we saw some brahmany ducks, some wigeon ducks etc. The common coots were allover the place. No photo again as I had seen these Coots many times before so I was very lazy to click the photo. But I have a video (very short one) to show how it runs on the water. I liked it very much as it was kind of funny.

We were trying to find the bean goose but luck wasn't on our side. Abhishek dada told us that no one saw the bean goose for past 2 days. I was seeing many lifers too but my father on the other hand had probably seen every bird you could see in Bhigwan except the bean goose. Next my father wanted to show me the bird called the darter. It troubled us so much that after a while we would have given up but luckily we didn't give up. See, darter is a bird which looks similar to cormorants except its bigger and sort of greyish and is often with other cormorants. There were many trees filled with hundreds of cormorants. We went to one tree at a time and to look for presence of any darter but a lot of times there weren't any darters. After that we almost lost hope but finally we saw a big tree and saw a single darter without any cormorants around it. I got a 4 to 5 not so good shots and it flew away. It kept coming near us. But then my father got a beautiful shot of the darter with a catch. 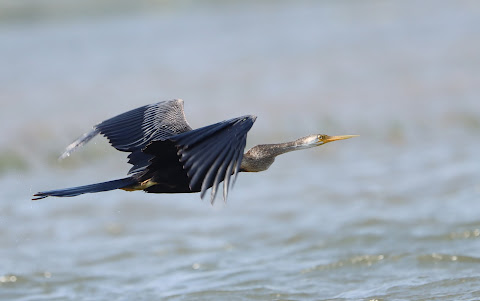 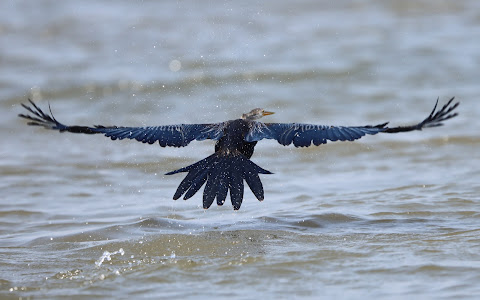 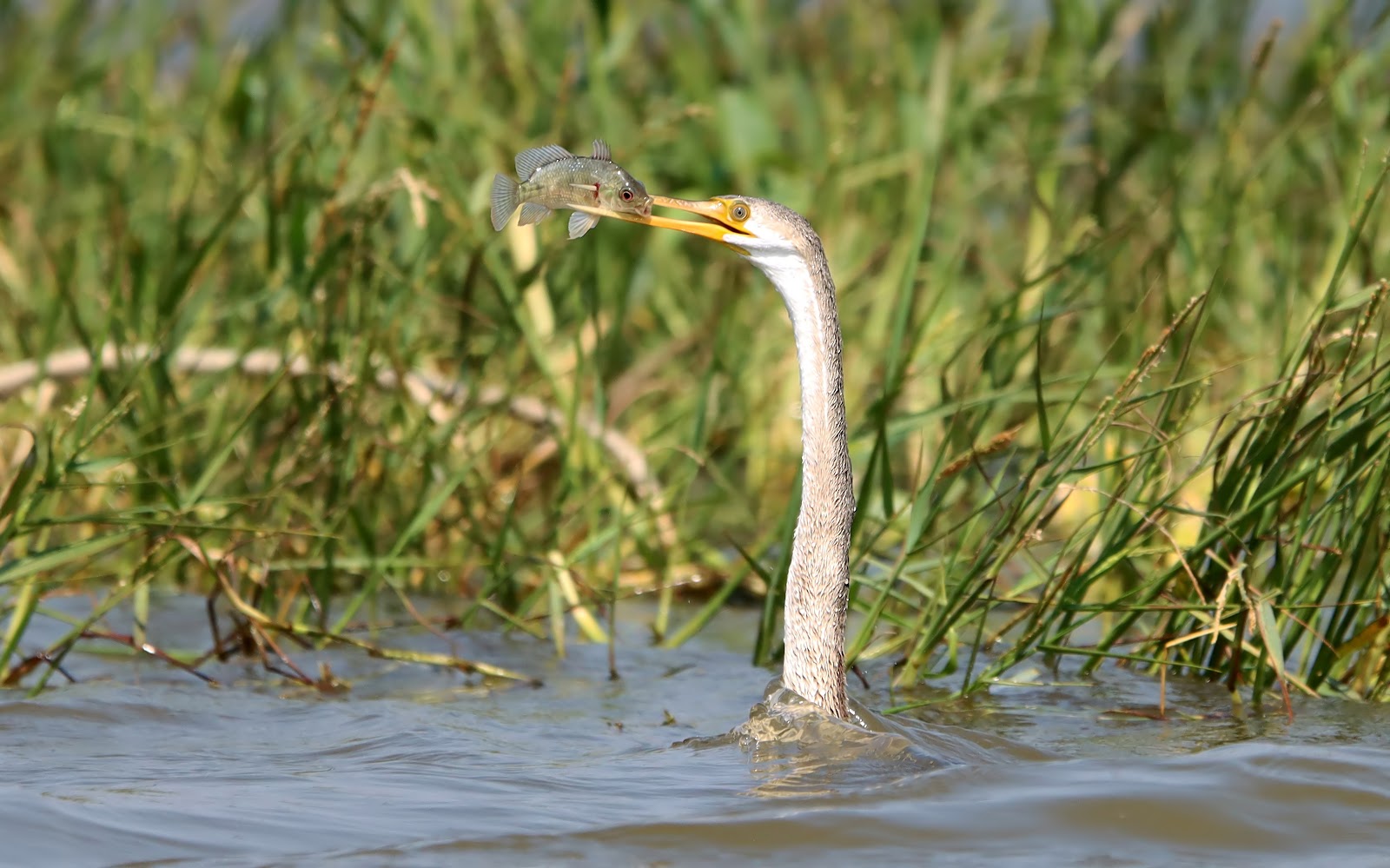 One more thing that my dad told me about this beautiful bird is, it has a very pointed beak and it pushes its very long neck in full speed to stab the fish, like we throw a dart. That's why it is called as Darter. Dad told me one more fact. While it swims in the water, its body is completely covered by the water and hence it is not visible. All you can see above the water is, its crooked snake-like neck. Due to which Darter bird has another name as Snakebird. 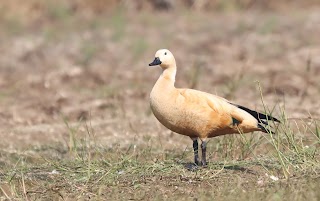 After some time, Abhishek dada showed us the greater-spotted eagle (the same one as the one in my dad's LRK blog). My dad took some shots and we went ahead. There were many river terns along with two brahmany ducks and black-tailed godwits. Then the greater-spotted eagle came out of nowhere and all the river terns just flew away, allowing me to take clear shots of brahmany duck.

A few minutes later, the river terns came back and I accidentally took a great shot of the river tern capturing the preening action. See the thing about me is that because I am a rookie at photographing I accidentally take really good shots and don't notice I notice only after my father sees the photo and says, व्वा ! शर्व, काय मस्त फोटो काढलायस ! (i.e. wow! Sharv, what a wonderful photo you captured!) Like the photo of the spoonbill in my fathers LRK blog or that of the painted stork in the same blog. I didn't notice both of the photos were good my father told me. Anyways, then a male common teal duck came swimming. Since we started our boat ride, we were only seeing females of that duck and this was the first one of the trip. What a colorful duck it was! 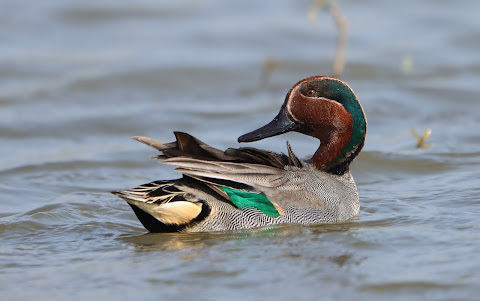 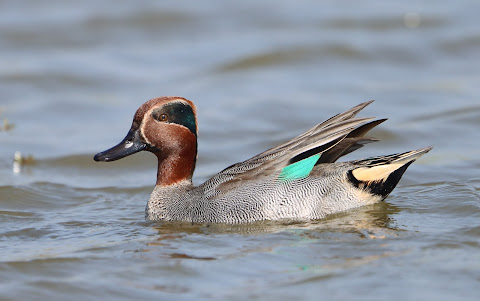 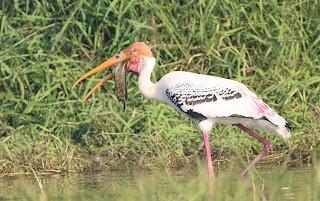 After that we went to search for the bean goose again. While searching we saw a painted stork with a big catch, like a big fish. The stork was trying to swallow the fish but it was having a hard time as the fish was really big.

Then we went a little further and saw a batch of flamingos and because of the sound of the motor a single flamingo flew and directly came to our boat and my dad took few shot and then it probably felt like oh man I am the only one that flew away types and went back to the batch and then the whole batch flew.

After that we wanted to search some more for the bean goose. On our way we saw a few rosy starlings on a tree. Rosy starlings are migratory birds which visit India during winter season. The starlings sat on a branch in a perfect position and got some good shots. 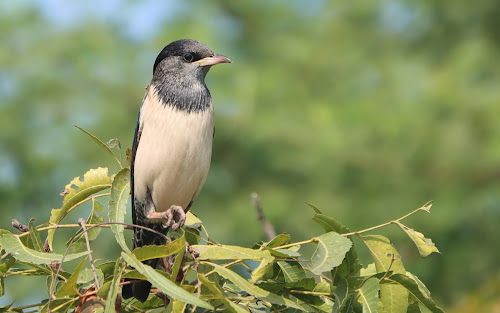 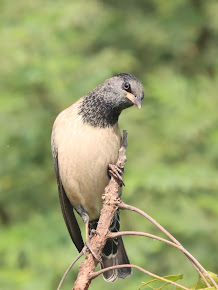 We searched some more for the bean goose but again luck wasn't on our side so after that Abhishek dada asked us if we wanted to see the flamingos or the pratincoles we immediately said that we wanted to see little pratincole since it was a lifer for me and we have seen flamingos thousands of times. When we reached there, first I thought it was a house sparrow because of the size of the bird. But after looking closely I came to a realization that it was a different bird. It was the small pratincole. This bird is very cute because of the red spot on its beak. 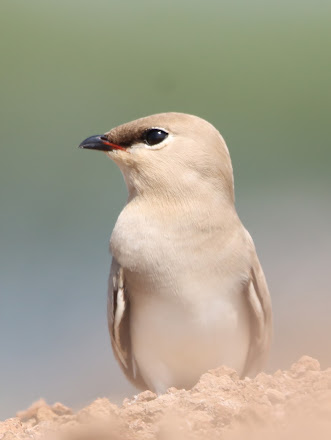 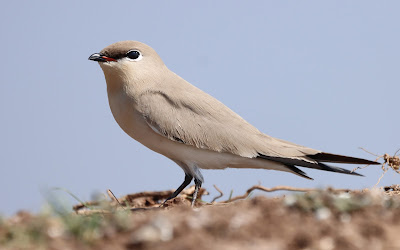 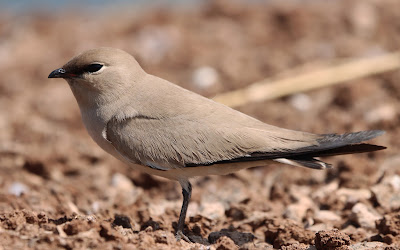 We took some good shots and then I saw a dead cat fish lying and I just felt like to take photo of that, so I did but anyways. 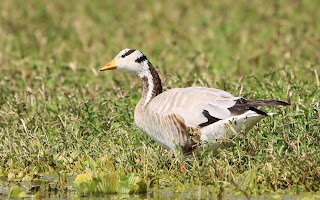 Then after that we were disappointed that we didn't see the bean goose yet. We began heading back and suddenly the Abhishek dada got a call that another boat saw the bean goose. We immediately turned around our boat and went there. It took a while to reach there. But once we did we saw some bar-headed geese we took some photos of them.

We roamed around a little bit hoping to see the goose but we didn't. So out of huge disappointment we started to head back to base from where we started. It took a while but after we reached back to base, I was shocked to hear that we were in the boat for almost 6 hours! So, sitting on a wooden bench for that long, you could just imagine what happened to our bums. We ate some snacks, had some bio-breaks and left for Pune. Following are some of the other birds that I saw during the trip, 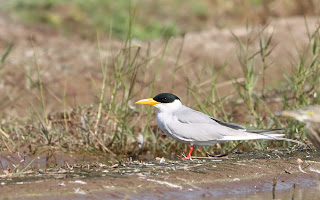 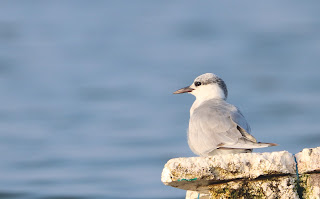 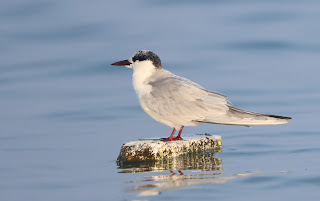 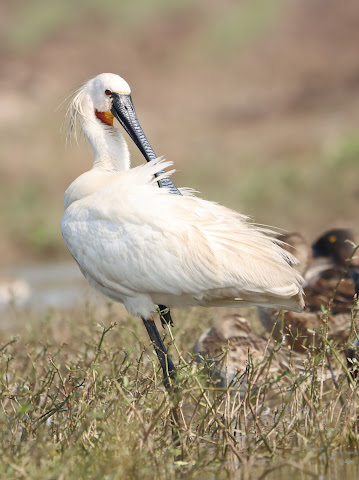 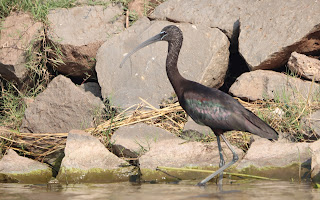 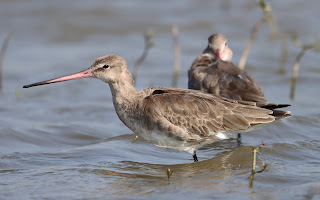 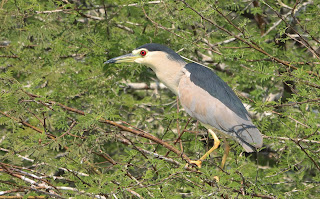 And that's pretty much it guys in the end my father was not that happy considering that he only came to see the bean goose, every other bird that we saw he had already seen. So for my father the mission was unsuccessful but for me it was pretty much successful because I literally saw like 7 lifers and that's it. I hope you liked my blog, this is actually my first blog so see you in the next one! 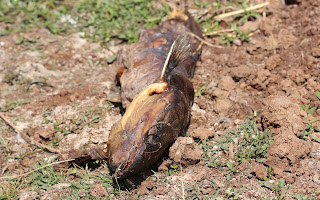